President Uhuru Kenyatta does not recognize his deputy William Ruto

And now this is clearly revealed to the public, to Kenyans

The government is trying to blame the Deputy President, the same government doing away with him

The ridge between President Uhuru Kenyatta, his government and all on his side versus William Ruto has nothing to do with politics neither corruption nor anything they fool Kenyans about

God word is being fulfilled

Repent for the Kingdom of heaven is at hand 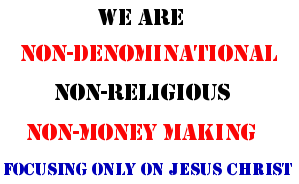 Vision of the so great a cloud of witnesses and their...

TB Joshua Flee to Israel – Its God’s WILL (Jesus Christ...

William Ruto Presidency – The Looting of Kenya And Suffering of...

A Letter of Apology to All Send by Jesus Christ to...